In the presentation we quoted a YouGov survey from last year: 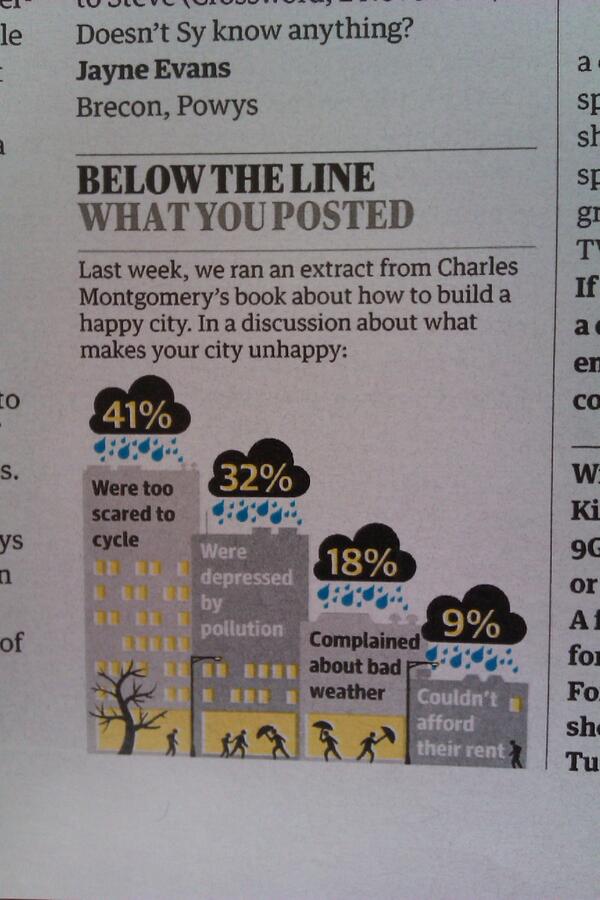 Q: What makes your city “unhappy”?

A: We’re too scared to cycle.

These are not isolated results, there are numerous reports and surveys and they all say the same thing.

This is the same response we get when we talk to the local public and so do the council. The county council ran a series of events last year called The Festival of Cycling. They asked the public to stick little stickers on statements about cycling.

I’d like to cycle more, but I don’t because… the roads are too busy

What would help you to cycle more? safe cycle routes

So, people want to cycle more but are scared  to do so because of the traffic on our roads.

People want segregated cycle lanes, away from the traffic, not shared with pedestrians.

They want: Space For Cycling